“And then there is the negative side.”

In the summer of l996, I was contracted to manage the European Tour for Coolio,  a popular Rap artist who had just won a Grammy and an Oscar nomination. It turned out to be perhaps the most exigent and  bizarre assignment of my career to date.

Now, in Putting Socks on the Octopus, the reader is taken behind the scenes where celebrity maleficence and grotesque foolishness are a daily occurrence. Although rap music had been around for many years, this was the first time it was mainstreamed to the unsuspecting children of Europe. On this tour as a seasoned and cynical veteran of concert touring, who figured he’s seen everything, I realized I had not. But after five weeks on the road with Coolio’s “Gangstas  Paradise Tour”, I decided I had seen enough.

Although at the time it was stressful, difficult, and excruciating, over the years I  have come to realize that I loved every minute of it.

I pulled up my pants upon arrival at the airport in Helsinki for the second time that day. My ass self-conscious and my dignity crushed, I considered the offending instrument, a rubber-gloved hand I was certain could easily palm a basketball that belonged to a humanoid dressed in navy blue slacks and a light blue shirt unbuttoned at the neck: the standard attire of a customs agent. As tour manager for Coolio and his gang I had just been strip-searched for drugs twice in the same morning in two different countries, at each end of a one hour flight. Just another day in the life and a highlight of Coolio’s 1996 European Tour. Shit could things get any better than this! I’m in heaven and I’m on top of the fucking world?

Charles White AKA Dr. Rock Author and Broadcaster Official biographer to Little Richard and Jerry Lee Lewis This book is a must for anyone interested in life, music and over the top human behavior. The author spent most of his professional life looking after classy artists and rock stars of all genres. This shows the conglomeration of a tour manager’s almost impossible job in charge of some of the most lunatic artists that ever set foot on stage. The full array of human outrageousness is observed by a true giant of the musical tour industry. It is delivered with the impact of opening your front door and allowing the Niagara Falls to flow through. The language is strong but reflects the intensity of what it is like to be on the fringe of lunacy and paranoia. A compulsive read for anyone who wants to see show business in overdrive. It paints a reality of turbulent behavior which does not stay on the fringes of sanity for very long. The great entertainment value is that this all actually occurred and impacts on the reader resulting in high comedy and satire.

By Dean Williams   I was asked to do the international freight for the T-shirts / Production Equipment for the COOLIO EUROPEAN TOUR, and was there to witness the show in Europe and the return of the “Chief “, at the end of to tour. I’ll never forget the joy on his face, when he gave me the items to return to L.A. and then being this was such a high profile act at the time, I had to then deliver the T-shirts back to Coolio’s homestead in L.A. to be greeted by him with a hand gun … at the door. To be ushered into the house… it’s all part of the work we do… in this so called Music Business… it’s the best fun ever… read this book… it’s so funny…and as I was there and spoke with the “Chief ” almost on a daily basis ..It will make you laugh and cry at how crazy it was…. and make you realize that it’s a fun, honorable, joyful business to be involved in …..Great book

Totally Accurate  by Stephane Minier   “Putting Socks on the Octopus” is a must have book. This is your next great read and it’s all true as I am in as the magnificent bastard Stephane Minier, Coolio’s French promoter.  C.F.Davinki has revealed the industries best kept secret (the true reality of American hip hop touring Europe), Funny and REAL, breathtaking, show business till the end… I could not find a more perfect tale to describe this adventure. I can’t believe how precise this is, even 19 years later.

Unbelievable Reality Tour By Rico Roundson   This book is not simply funny, it’s hilarious. It is an amazing story in which reality is more unbelievable than fiction. While reading, I feel that the author and I are sitting together having a conversation. In the conversation, I learn that he was a tour manager taking a rap group from South-Central Los Angeles on a European stage tour. You know, right away, that this is a setup for disaster. The story gets better and crazier, as we go through the tour. The character development is spot on. We are hearing dialog and seeing actions of these young black men right out of the “hood.” It is way too real, too funny and too insane. It is a true page turner, as I hated putting in down. I highly recommend it, but the reader must be ready for some coarse language and raunchy behavior.

Great book and you will love it. By Mark Sale Great book and absolutely a true account of the life of a Tour Manager C.F. Davinki. I should know as I was the Travel Agent!! Get the book and you will enjoy every page! C.F Davinki, get writing on the next book as I know you have more to tell. I still tell the story of the glove now!

Shocking !  By Jimbo  I had no idea being a 24/7 tour manager was so insane. I’m sure I would not have lasted a week with these crazies. A rare look at the inside travails of herding cats otherwise called “recording artists” during a tour of foreign countries. C.F. was lucky to get out alive.

by O.P.  Excellent read, very interesting and gripping and made me laugh. It’s a book that all demographics will enjoy if they have any interest to do with the music industry or travelling.  I would recommend this book to anyone.

Anonymous   I Read this on a whim. Could not put it down. Well written, great story telling and insightful. I now have a greater appreciation for tour managers and all others who have to “herd cats” for a living. Well worth the price of admission to watch this drama play out.

AVAILABLE WORLDWIDE AT THESE BOOK RETAILERS AND MANY MORE! 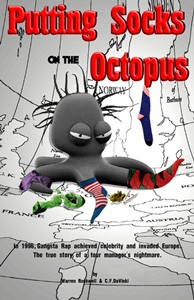 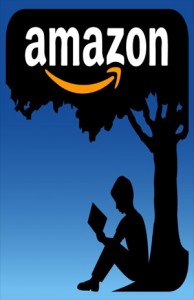 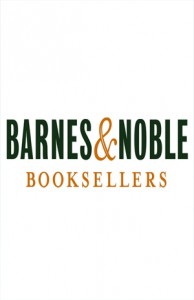 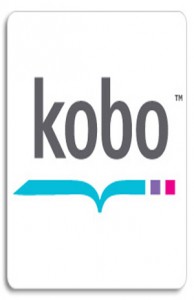 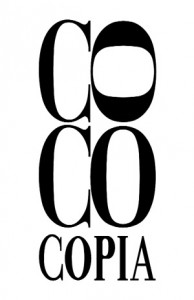 The glorification and exoneration of music violence.

In the early years Run DMC and Aerosmith began the popularizing of rap music. Over the next 8 years artists like MC Hammer, Vanilla Ice and Arrested Development began to spread middle-class rap through MTV and movies.

In 1996, Coolio’s career was launched when he won a Grammy for the title song in the movie “Gangster’s Paradise”, and the dark side of rap music was overtly mainstreamed; malice and violence which were the basis for gangsta rap were suppressed and other visual means were used as a promotional tools for Saturday morning MTV Europe.

Today’s nostalgic music faze makes it seem like they were good old days of rap, there is no acknowledgement of the actual maleficence and degradation of some of the people involved in gangsta rap. Some of these artists have met their makers in the same way they lived their lives and others are doing their best to rewrite violent history for a big payday. “Straight Outta Compton” does not tell the story of the women that were beaten and bloodied by these out of control young brutes, nor does it account for the innocent bystanders who were pummeled and sent to the hospital simply by being in the wrong place.

Coolio’s 1996 European Tour was the epitome of this dark picture and introduced the mayhem of rap to the unsuspecting youth of middleclass Europe. Parents brought their children to the concerts expecting that lovable character bouncing around the stage as presented by MTV and would go running out of the concert halls shaking their heads. By the time the show had started the hall would empty. To this day mainstream promoters celebrate Coolio in the proms and shows throughout Europe, including a recent appearance on BBC’s “Big Brother”.

“Putting Socks on the Octopus”, is a first-hand account of the “Gangsta’s Paradise European Tour.” Looking back it might seem tame, but it was a series of horrendous acts and at the same time extremely laughable.